Different Types of Kebabs You Need to Try

Kebab, also known as kebap, kabob, or kabab, is primarily a Middle Eastern dish made of pieces of cooked meat, fish, or vegetables that are either fried in a pan or roasted/grilled on a skewer over a fire. Some kebabs are baked in an oven or prepared like a stew. Some are cooked as a meat patty mixed with spices and served with various accompaniments. Despite its origins in Middle Eastern cuisines, Kebab has become a popular delicacy throughout the world.

Traditionally, the meat used for kebabs is most often mutton or lamb, but regional variations may include chicken, beef, goat, fish, and sometimes pork, depending on specific religious prohibitions.

From Shammi kebab to Seekh kebab, a lot of non-vegetarian options are available in restaurants today. There are also vegetarian Kebab variations, such as Hariali Kebab, Paneer Tikka, and Dahi Ke Kebab that owe their origin to India. Let us trace back the actual origin of the Kebab.

The method of cooking small cut pieces or strips of meat on skewers dates back thousands of years, and there are many theories around the exact origin of the Kebab. Let us discuss them here.

Let us now look at the history and the fascinating journey of the world-famous Kebabs!

The marination technique varies, but it is usually a concoction of lemon juice, olive oil, yogurt, onion and tomato juice, cinnamon, wild marjoram, and other spices. Kebabs are best served with different types of salads and dips.

Seekh kebab is one of the well-known kebabs that are enjoyed all over the world. It is primarily regarded as an appetizer or snack and is from the Indian subcontinent. It is made using minced meat and Indian spices.

Shami kebab originated in the Mughal emperors’ palace kitchens. It is well-liked in nations like Pakistan. In addition to other ingredients and spices, it is formed from finely minced mutton.

The classic Mughlai appetizer is delicious and has a silky, luscious, and succulent texture. It is frequently comprised of sizable pieces of chicken that have been marinated in yogurt, fresh cream, crushed cashews, and almonds. This dish is also known as malai kebab.

Hariyali Kebab is a renowned appetizer created with boneless chicken chunks or cubes that have been infused with a fragrant green mixture made from coriander, mint, and other exotic spices. For vegetarians, you can substitute paneer for the chicken.

Doner kebab, also known as the spinning kebab or the shawarma, is prepared on a vertical rotating spit. It is a well-liked fast food. Lamb is used to make this kebab. It’s unique flavor is a result of its slow cooking method.

The Best Kebabs in Sydney

Though you’ll find several restaurants serving Kebabs in Sydney, Melbourne, Brisbane, Canberra, and other parts of Australia, they may not be able to replicate the same softness and flavor as available at Kebabchi. So, when it is about authentic taste, nothing compares to us!

Craving for some mouth-watering Kebabs?

Explore our range of vegetarian and non-vegetarian Signature Kebabs, including

Order them Online from Kebabchi now!

At Kebabchi, we not only serve Kebabs, but also a wide variety of freshly cooked, ready-to-eat meals, such as authentic Biryanis, Curries, Desserts, and Meals for One.

Buy now from a Store Near You, or Order Online to Home Deliver today!

Where to Get the Best Kebabs & Biryani in Sydney?​

Where to Get the Best Kebabs & Biryani in Sydney? Aussies love Indian food, Kebabs, and Biryanis and can go to great lengths to satiate their hunger for them. The dining-out scene in Sydney is thriving, and people are open-minded to trying different cuisines. No wonder you’ll find some of the best multi-cuisine restaurants in[…] 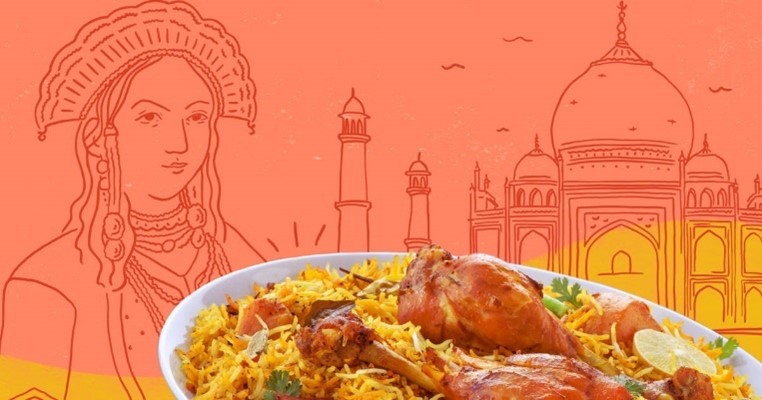 Different Types of Biryanis You Need to Try

Different Types of Biryani You Need to Try Who doesn’t love Biryani? It’s the favorite of all! Biryani has been satiating taste buds for centuries. Of all the culinary classics, biryani has a class of its own. This rich and flavorful dish comes with many renditions that feature variations on aromatic rice, meat, vegetable, and[…]

4 thoughts on “Different Types of Kebabs You Need to Try”